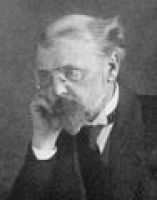 Hamburg and Algiers are in some ways two rather atypical models of success of the Early Modern Era. Until the late 18th century, both were constantly threatened by powerful neighbors (the former by the kingdom of Denmark, the latter by the kingdom of Spain) and yet they managed to retain their independence due to impressive fortifications around the respective cities and a skillful use of diplomatic contacts with other powers, especially the Netherlands, Great Britain and France.

In the summer of 1945 millions of demobilized Red Army soldiers began returning home after four long years of industrialized warfare. In the next three years over 300.000 veterans would return to Leningrad, a war-ravaged city with a particularly traumatic wartime experience. This paper explores an extreme case of the difficulties of demobilization, and the challenges of adapting to civilian life experienced by returning veterans. Despite the disorientating and destabilizing process of adjusting to peace, Leningrad’s veterans proved remarkably adaptable and resilient in the face of the many obstacles put in their way.
Aufsatz
Weiterlesen

This paper explores definitions and examples of loyalty and treason in Ireland during the Great War, Irish Revolution, and early Irish Free State period. Loyalty informed many seemingly divergent outlooks and actions in Ireland throughout this turbulent age, from collective enlistment in the British Armed forces to the perpetration of paramilitary violence within the Irish Republican Army. Further shifts in what was already a fluid nationalist loyalty standard produced a variety of traumas in Irish society, particularly amongst those who fell outside newly refined standards of republican loyalty. The individual and collective experiences of two distinct, yet connected groups - anti-Treaty Irish republicans and Irish veterans of the Great War - are explored here.
Aufsatz
Weiterlesen

"For the most pitiable victims of war"

Retracing the history of an association dedicated to nervously disabled veterans of the Great War
Von:
Marie Derrien

For some years now, research about the psychological effects of the First World War has multiplied. In France, interest in this subject is more recent than in the other countries involved in the war but fresh works have started filling this historiographic void. Nevertheless, we still know very little about what became of mentally ill soldiers once they were discharged or after the armistice was signed. In an attempt to give some answers to this question, this article retraces the history of a French association dedicated to the care and the reintegration of nervously disabled veterans. Founded in 1917 by Marguerite Hérold, it was called "L’Assistance aux Blessés Nerveux de la Guerre" (A.B.N.G.).
Aufsatz
Weiterlesen

Did Belgian psychiatry evolve thanks to the First World War?

During the First World War, Belgian alienists were thoroughly aware of the pathological impact of the war on the mental and nervous equilibrium of the fighting soldiers. But in spite of a full understanding of the extent of the phenomenon Belgian psychiatry did not evolve and its treatments remained unchanged. 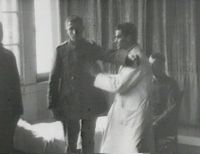