The Clandestine and the Military since the 19th Century: Actors and Actions between “Information” and “Intelligence” 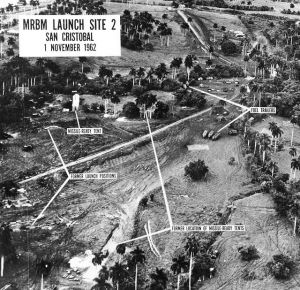 The conference seeks to invigorate the systematic scholarly exchange on this topic by exploring these relations from various perspectives, based on approaches from the fields of military history and intelligence studies.

Markus Pöhlmann (Potsdam), The General Staff System and the Rise of Military Intelligence, 1871–1914

Nicolas Leixner (München), Between Political Reform and Military Objections: The Creation of the Defense Intelligence Agency

Jacek Jędrysiak (Wrocław), A Troublesome Neighbor: The Institutions of the Prussian Army and Gathering of Information about the Kingdom of Poland (1815–1831)

Lukas Grawe (Bremen), Forced into the World War? The Significance of Intelligence in the Prussian General Staff, 1911 to 1914

4 – Shaping the Military’s Perception of the Adversary

Stefan Laffin (Bielefeld), An Occupation by the (Hand)book? The OSS as Provider and Evaluator of Information for the Allied Occupation of Italy in World War II

5 – Intelligence, the Military and the Threat of Nuclear War

Constantin März (Duisburg-Essen), The Team B Experiment and its Strategic Aftermath: Controversies on US Nuclear Threat Assessment between Intelligence, Military and Government (1976-1980)

6 – Intelligence in Hot and Cold Wars

Tony Cowan (London), The Basis of Our Own Plans and Operations? German Intelligence on the 1917 Entente Spring Offensive

Tobias Schmitt (Freiburg), ‘Hot War’ or ‘Cold War’ Agency? U.S. Military Planning for the Defense of Western Europe and the ‘Militarization’ of the CIA, 1948-53

Niccolò Petrelli (Rom), Technological Innovation, Organizational and Operational Adaptation and the Future of Military Intelligence: An Interim Assessment of the “Revolution in Intelligence”

Conference Languages are English and German

The conference will be held online on Zoom. Participants need to register before September 6, 2021 at markuspoehlmann@bundeswehr.org